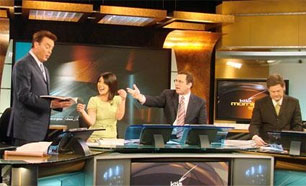 Mark Kriski's clever sidebar comments and hilarious observations keep "KTLA Morning Show" viewers tuning in day after day. Yet, when Mother Nature darkens the skies of Southern California, Kriski's weather knowledge and expertise shine through, placing him at the top of his field. A recipient of 8 Emmy Awards and one Associated Press Radio-Television Award under his belt, Kriski continues to cover the day-to-day weather at the top of the work day. His knowledge has shone through during the toughest natural disasters such as the Malibu fires and Northridge earthquake, making him one of Los Angeles' most reliable weatherman. 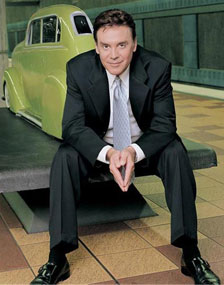 A native of Montreal, Canada, Kriski studied radio and television arts at Fanshaw College in London, Ontario. Mark longed to be in television but worked his way up in radio first. He performed commercial voiceovers, become a radio disc jockey and soon graduated to promotion director. An experienced broadcaster, ready to pursue his dreams, Mark landed his first job in front of the cameras as a weathercaster on Canada's Weather Channel. Yearning for experience, he picked up a second gig as 'weather man' at Montreal's local station and he began hosting segments for a Canadian Travel Show. Enjoying his successes but still eager to reach a larger market, Mark sent his tapes to networks throughout North America. When the "KTLA Morning Show" made Kriski a great offer he accepted the position and took his first job in the United States. Los Angeles viewers enjoyed his unique style and related warmly to his ability to poke fun at himself. The Los Angeles Times named Kriski the Funniest Weatherman in Los Angeles and his dedication earned him a Golden Mike Award for Best Weather Segment from the esteemed Radio & Television News Association. 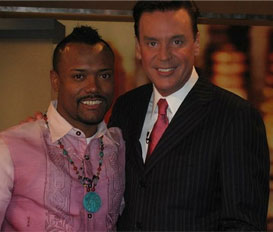 Besides his fulltime position on the "KTLA Morning Show," Mark has played newscasters in over 10 feature films and done segments for "Business World News." Humbled by his good fortune and eager to give back, Mark is actively involved in community and charitable causes. Kriski supports the Union Rescue Mission and the Fire Fighters Association. He also participates in charity golf tournaments, Hollywood Stars Baseball Games and has served as Grand Marshall twice in Veterans Day and Christmas parades, earning him a Certificate of Appreciation from the City of Los Angeles. Mark is also back on the radio as a DJ for MY FM 104.3 in Los Angeles.